There’s nothing quite like visiting a place for the first time in my opinion. I mean I’ve been to Cape Schanck more times than I can count but for some reason, maybe due to shear slackness I’d never made it across to its friendly neighbour Bushrangers Bay. Well there’s a first time for everything and so after work I jumped in the car and headed down the coast.

I didn’t realise just how hazy it was until I got onto the freeway and started heading down to the Mornington Peninsula, it was hazy enough for some caution signs on the freeway to be displayed due to reduced visibility. After an hour or so I arrived at the Cape Schanck carpark and to my surprise I was the only soul there. Not unusual most of the year but in summer there’s always a few cars hanging around. 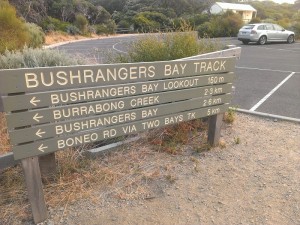 The start of my walkabout adventure..

I began the 2.6km walk down to the bay and thought to myself oh damn I don’t have a jumper, what if it gets cold? So I found a jacket in the back of the car that I reccon could have equipped me on a Himalayan adventure with Tenzing Norgay! My ol’ mate Justin Case got the better of me. After a few minutes the decision was a stupid one as it was toasty but hey better to be over prepared than under? The walk down to Bushrangers bay is a pretty easy one with just some mild undulations along the way. The path is wide and seems to be pretty well maintained even by modern day standards in which most people probably expect a silvertop taxi to take them down a costal track. Walking along the path you couldn’t not pick up that the February heat had taken it’s toll on most vegetation.. I’d described it as parched! 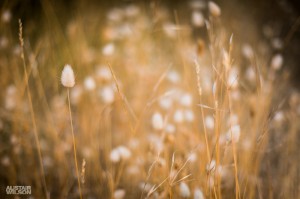 Besides the parched vegetation there was some nice warm light poking it’s head through the trees on the way down, the trees bend their way over the path like nothing else. Quite an amazing little track if you ask me! 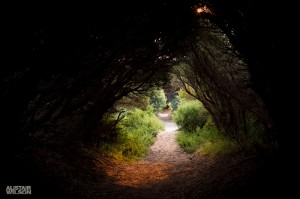 It’s funny the things that go through your head when you just go for a walk away from the hustle and bustle of city life. I likened it to the time myself and a couple of mates saw Wolf Creek for the first time when we were around 17 and then decided to walk home through a park after midnight in the pitch black. Was Ivan Milat hiding around the corner in the bushes? No but there was a black wallaby! I managed to get semi close and thought I’d definitely be up for wildlife photographer of the year award in 2014 but then he realised I wasn’t his dad and he piss-bolted. 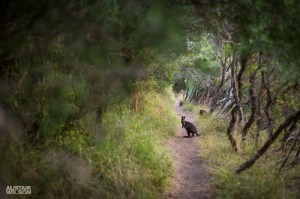 Hey is that my dad coming towards me? Maybe he has some food! 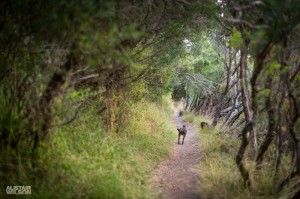 After my experience with the sacred black wallaby I continued on and made my way towards the beach. A few little ups and downs including some sets of stairs with just enough lip to take out your grandmother and you’re practically there. As is with any ocean beach expect to see a sign with lots of warnings explaining that you could die from many different scenarios including the usual strong currents, slippery surfaces and my personal favourite – unstable cliffs. 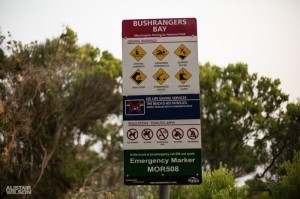 Don’t do anything.. or you will die!

After the warning precession you’ll find yourself exiting the shrubbery “insert Monty Python reference here” and onto a little gem of a beach! Oh and wow this beach is a nice one, white sand, a little creek/river/stream sort of thing to hop, skip and jump over and squeaky clean too! By this stage it was not too long before sunset and with all the smoke haze you could look straight at the sun and not even feel like you’re going to need corrective eye surgery the next day, it was quite stunning. 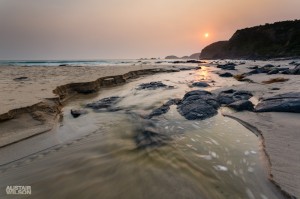 The stream on the way to the beach and ‘dat sun’ 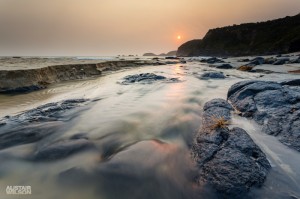 Another little spot in the oh so nice stream, water was warm too

I could have gotten caught up photographing the stream for ages, the sun was reflecting in the perfect spot and the light was golden. I thought to myself I better actually get to the beach and see what this place is all about! It sure was amazing, you could see Pulpit Rock / Cape Schanck in the background and the fairly large in size Elephant Rock to the left. What an amazing place and I had it all to myself, boom! 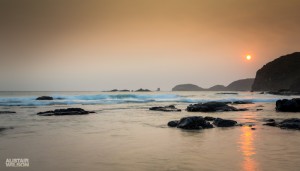 I did make it to the beach eventually

Upon making it to the beach I waded out into the water, the tide was coming in but the water fortunately was quite shallow and the conditions quite calm when compared to the crazy wild conditions you get down at the ‘Schanck so I was pretty happy about that. The sun continued to just hover like a security blanket and I struggled to come up with compositions or an idea for a half decent shot, I think it will take time to become acquainted with this place and to truly come away with something I’m stoked with. 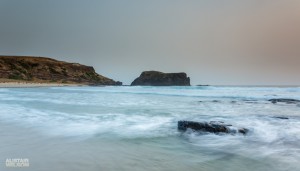 As the sun begun to set and position itself closer to the horizon it began to glow and turn itself into all shades of red. Reminded me of the sort of sunset you’d see on an African safari but surely not in Melbourne but hey, bushfire haze will do that! 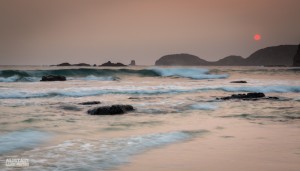 The sun going all shades of red before me

Before I knew it the sun had set and the colour began to fade into darkness. At this stage I had gone from my wide angle 17-40mm to my 24-105mm to try and get a closer crop on the red sun and breaking waves. I popped the wide angle back on and fired off a few more frames before all was lost, this time using the incoming tide as a point of interest and the Elephant Rock as my horizon point. There were some lovely purple hues that hung around for a few minutes to keep me company. 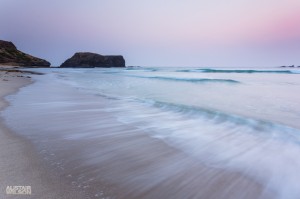 Purple Haze.. a Jimi Hendrix reference for all you young folk!

For a first visit this place has gained my arousal for a return visit, but next time I have an idea for a sunrise shot and it lurks just beyond Elephant Rock. You’ll have to stay tuned until next time to see if I’m successful!

Do yourself a favour and visit this fine place if you get a chance, it’s well worth the walk down. Any questions? Leave a comment below or shoot me an email on the contact form.