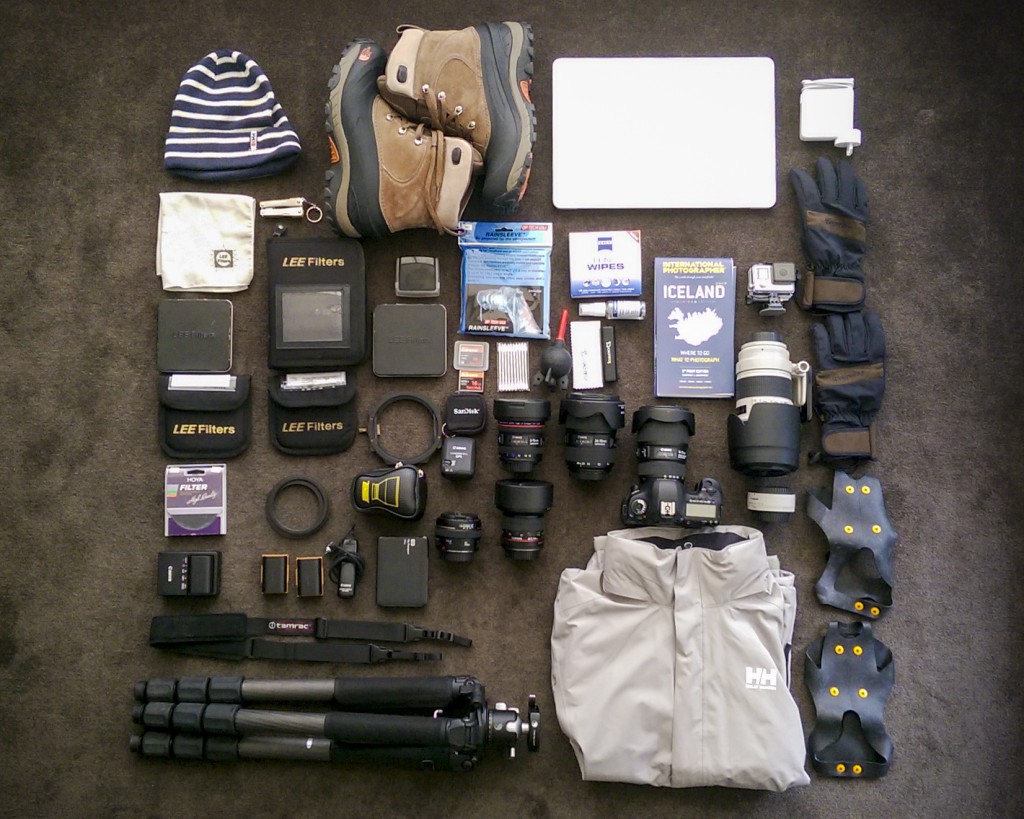 Well first there’s the camera. It’s been a bit of a workhorse for me over the past few years. Canon have announced a few new goodies in the full frame digital SLR world recently but my trusty 5d mk III is my body of choice once again. I won’t go into it too much but I think it’s fairly commonly known out there in the photography world that this thing can get the job done and not just in the landscape photography world! *Update – I’ll also be taking a Canon 5d mk II as a spare for a couple of reasons. The first being just in case I get a bit too adventurous and the 5d mk III ends up out of action and secondly so I can have two lenses to shoot with without having to worry about changing lenses in inclement weather.

Recently I’ve upgraded a few of my lenses to coincide with this trip. Whilst the bank account has taken a bit of a hit I’m confident that two new additions, the Canon EF 16-35mm f/4L IS USM & Canon EF 24-70mm f/2.8L II USM will last me for many years to come assuming I don’t switch brands or Canon have a new lighter mirrorless system that kicks arse? My 16-35mm is my go to wide angle that I have a feeling will get a bit of a work out. This lens is crazy sharp and takes the cake compared to the predecessor I had which was the 17-40mm f4.

One lens I want to talk a little bit about is my Samyang 14mm f/2.8 Lens. Hopefully being winter in Iceland I’ll be able to witness / tick of the ‘ol bucket some Northern Lights action! I purely bought this lens for astrophotography and nothing else. I’ve had a bit of a play with it before and even at f2.8 the sharpness is quite amazing. All in a lens that costs around a quarter of what my other lenses cost me. The fact that it’s manual aperture and manual focus only doesn’t worry me as I usually do these both manually anyway.

The 24-70 f2.8 will be attached a lot of the time no doubt and is the most versatile considering the focal range and the 2.8 aperture. Below is a full list of the lenses I’ll be taking:

I recently upgraded my tripod to the Grand Induro Series EP Carbon 8X CT404. This thing is a beast! I wanted something super stable but still not crazy heavy and something that will fit into my luggage ok when travelling. It seems to have ticked all the boxes so far. Super stable with no centre column and the option to hang your camera bag off the hook underneath if things get crazy windy. I’ve switched out the weird looking cup bases for the standard rubber style ones and it also comes with a set of spiked bases for those more demanding surfaces which might come in handy in Iceland. Check out the full specs of this tripod over on the Induro website here.

In terms of a ball head I chose the BH-40 Mid-Size Ballhead from Really Right Stuff. This thing is just so smooth words can’t explain without trying it for yourself. Compared to the Induro offerings it just felt like it glides! I know it’s only a ballhead but hey, if it doesn’t feel right why have it! 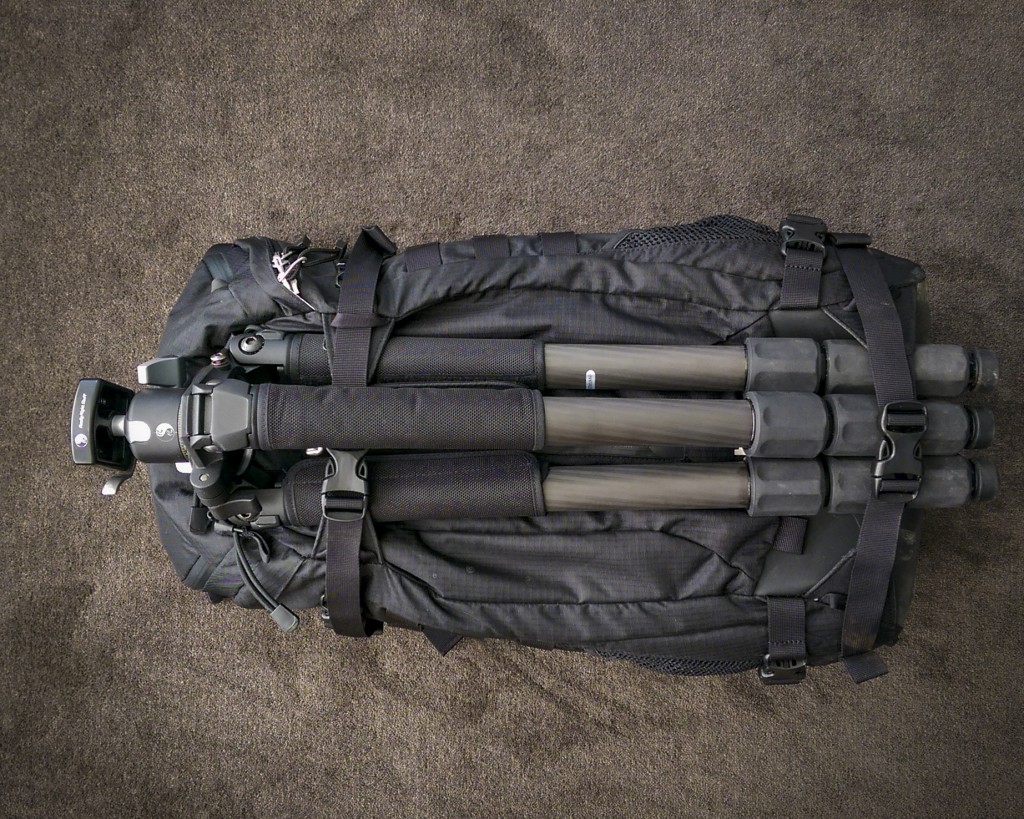 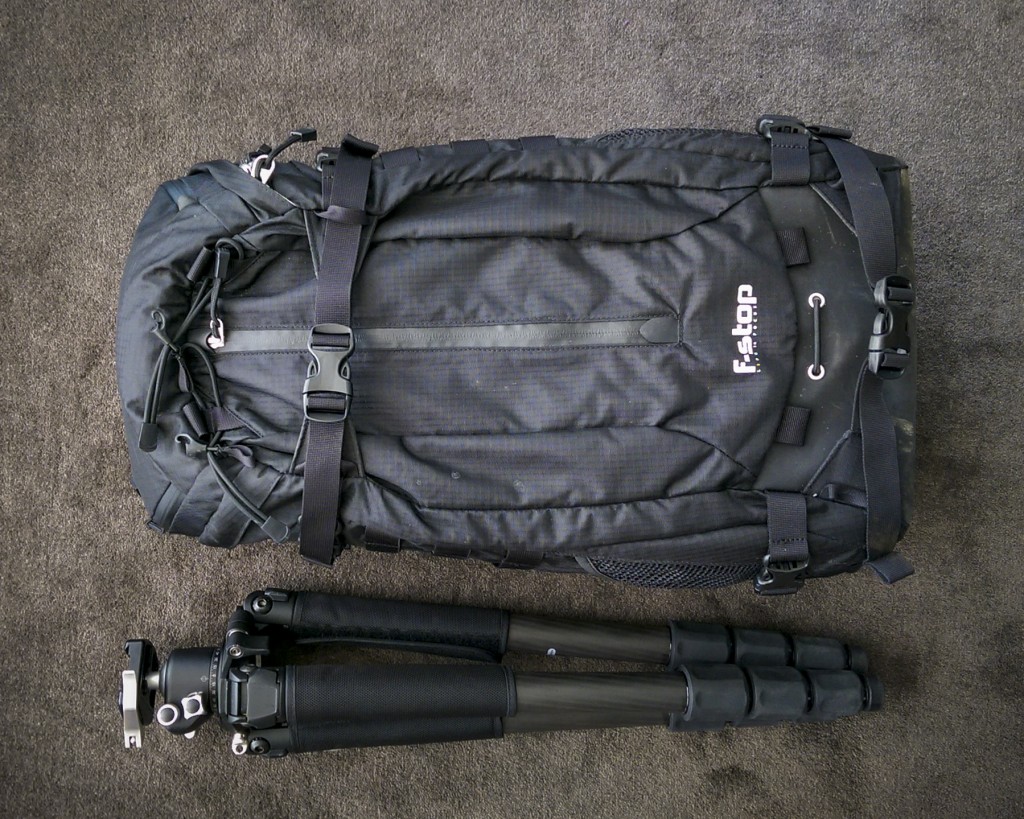 I’ve been using my trusty LEE Filters for a while now, I use the Foundation Kit 100mm system. These filters are truly neutral with no horrible colour casts that you can experience with cheaper systems. I experience a little bit of a cast with the multiple stop filters like the Big Stopper ND but it’s nothing that can’t be easily fixed in post production. I won’t go into too much detail about these so see a full list of everything I’m taking below:

The only filter in my arsenal that isn’t a Lee filter is my specialist Hoya R72 77mm Infrared filter. This thing can give you some crazy results and I’m looking forward to experimenting a little more with this as time consuming and fiddly as it can be!

For many many (20?) years I’ve been a PC user. Well late last year I finally made the jump to a Mac. It would be like switching from Holden to Ford.. or Canon to Nikon? Well I absolutely love it so far, to sum it up I turn the thing on and it works! I purchased the 15″ Macbook Pro and so far it hasn’t let me down. For editing I use mainly just Adobe Lightroom but sometimes Photoshop as well. Both are creative cloud versions which makes things simple and worth the $10 a month or whatever it is.

For storage I’ll be using a Western Digital 2TB portable hard drive which hopefully runs silky smooth as the hard drive on the mac isn’t what I would call generous when it comes to storage size!

I’ve been a user of Lowepro bags for quite a few years but have recently jumped across to the F-stop brand. It was quite annoying in that there were no stores in Melbourne as far as I’m aware that retail these bags so luckily a mate had one and I was able to check it out before parting ways with a lot of moula! The F-stop Loka I use isn’t cheap but man does it fit everything nicely and apparently there’s no problems fitting it into the overhead locker on the plane so we should get along fine! I have the large size ICU and have also purchased the additional raincover which will no doubt get a bit of a workout in the Icelandic winter. 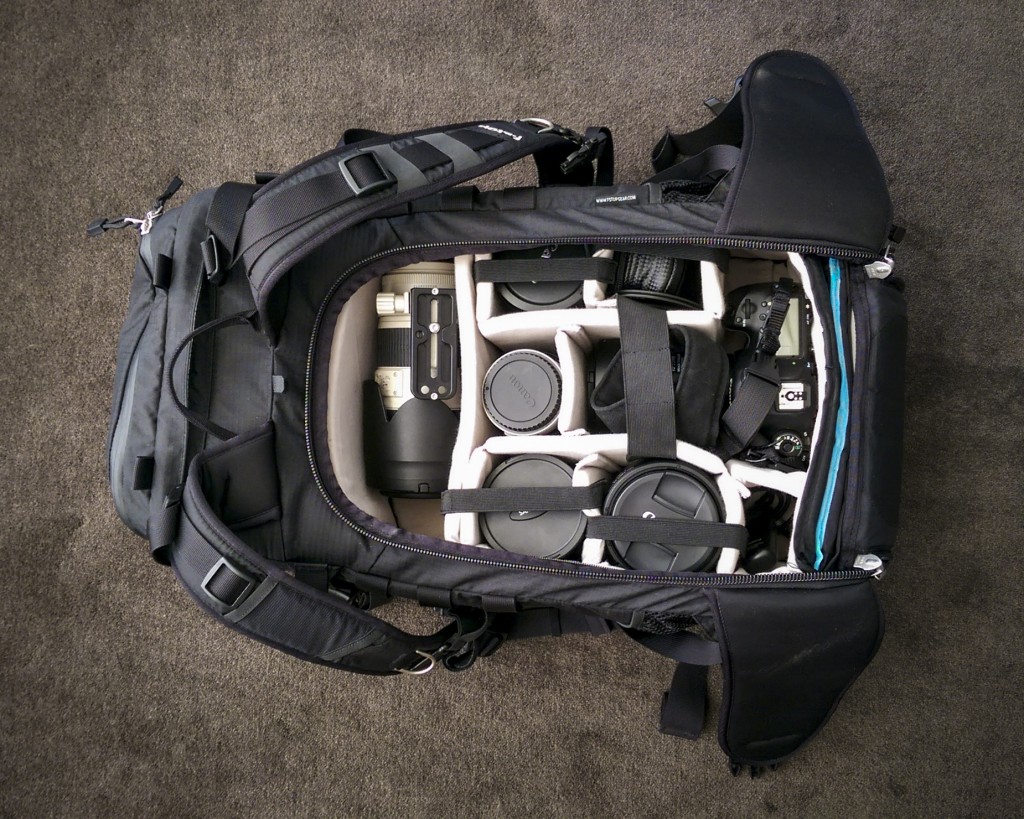 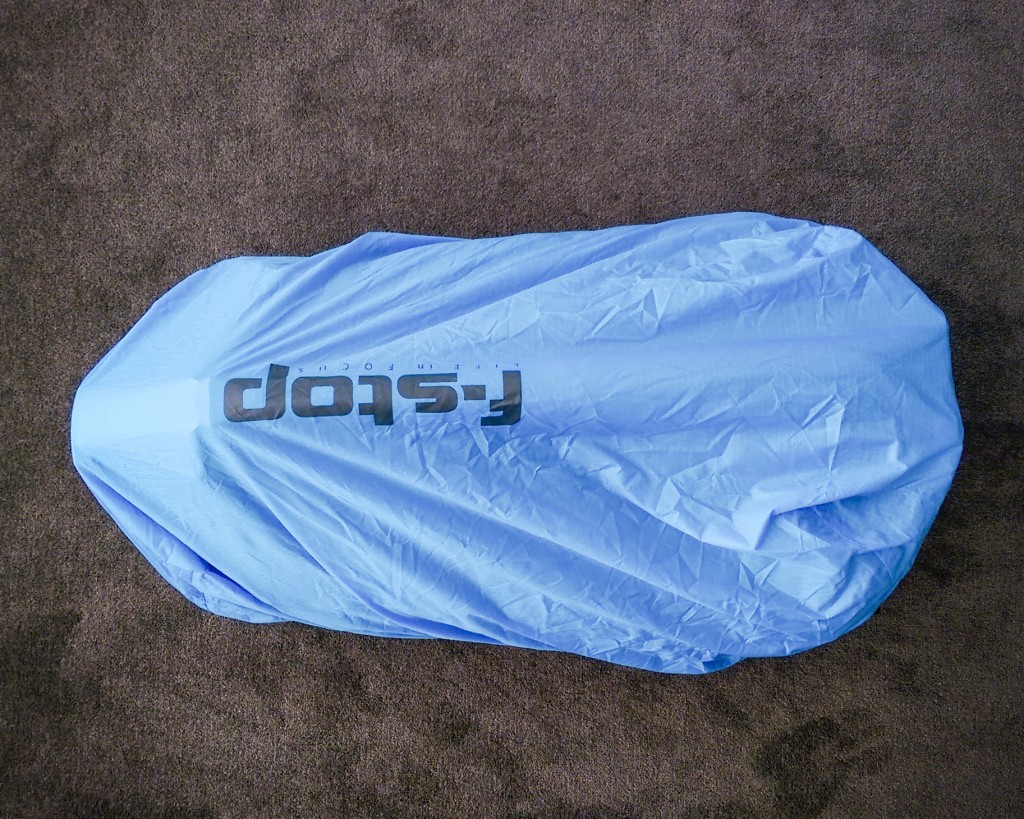 Well I’m just going to cover off a few other bits and pieces here. There’s the obvious like spare batteries, memory cards, card reader. Then there’s the not so obvious, one is my Canon GPS Receiver that automatically writes the coordinates of my location into the metadata of all my photos. Perfect for travelling in a place you haven’t been before and makes it easy to find the place again if you head back there! One thing that I’ve actually never had once on my camera is a camera strap. The strap that comes with the 5d mk III is pretty useless! For one it says the name of the camera on the strap which thieves would no doubt love and secondly when you have the camera tripod mounted it does nothing but flap around in the wind. To combat this I just bought a Tamrac quick release camera strap so this should be interesting to see if we get along. A few other bits and pieces include waterproof rain covers for the camera / lens, lots of cleaning wipes and microfibre cloths.

I’m also taking my GoPro Hero 4 Silver with me for this trip, filming isn’t something I’ve done a lot but I’m hoping to create a little video from my Icelandic journey to share with you all. I also bought the Lee Filter system for the GoPro for the novelty of it.. very cool!

Since I went to Tuscany last year I also received a Hoodman. This thing is an awesome little piece of equipment. It basically allows you to view the rear viewfinder in direct sunlight without all the glare that comes with it. I’d strongly recommend this to anyone, although a half cut stubby holder might also do the trick and is probably a lot cheaper!

Well being my first time somewhere cold for more than a day I’ve had to lash out and purchase a few bits and pieces of winter specific kit. I’ve read the key to photographing in Iceland is to layer up so I’ve taken that advice and am taking a lot of layers with me. I’ve got a Hellytech outer shell from Helly Hansen which is super toasty as well as fleecy long sleeve jumpers, merino wool jumpers, winter thermals, hiking pants, waterproof pants, beanie, neck gaiter and more. The gloves I envisage  that I’ll be using mostly will be the sensory gloves from Aquatech. These things look pretty warm and have a neat little hole you can slip your thumb and index fingers through so the camera is still easily accessible.

My choice of footwear are the North Face Chilkat 2 boots. These things are seriously toasty, I haven’t even been really able to wear them in because of our Australian summer conditions. I might head down to the local bottle-O and cut a few laps of the freezer room just to wear them in! To slot over these on slippery ice I have a pair of Spiky plus ice grippers from Petzl. A fairly specialist item for me but I’m sure they’ll come in handy when I need them.

Who needs a map when we have Google Maps? Well being brought up hiking and camping and also studying cartography there’s nothing quite like an awesome paper map. The one I bought is a photographer’s guide to Iceland from www.international-photographer.com. It basically features a heap of awesome photographic locations and is also tearproof and waterproof. I’ll be with a guide for basically the whole trip but I still reckon this will be worth having!

If you’ve come this far and are not asleep yet then congratulations! I hope you’ll follow me on my Icelandic adventures, to keep up-to-date make sure you follow my Instagram account at @alwilsonpics and my facebook page at @Alistair Wilson Photography as I’ll no doubt be posting a lot more on there than I will here on my website.

If you have any other suggestions on what I should take or for other people heading to the colder regions of our planet please feel free to leave them in the comments below!